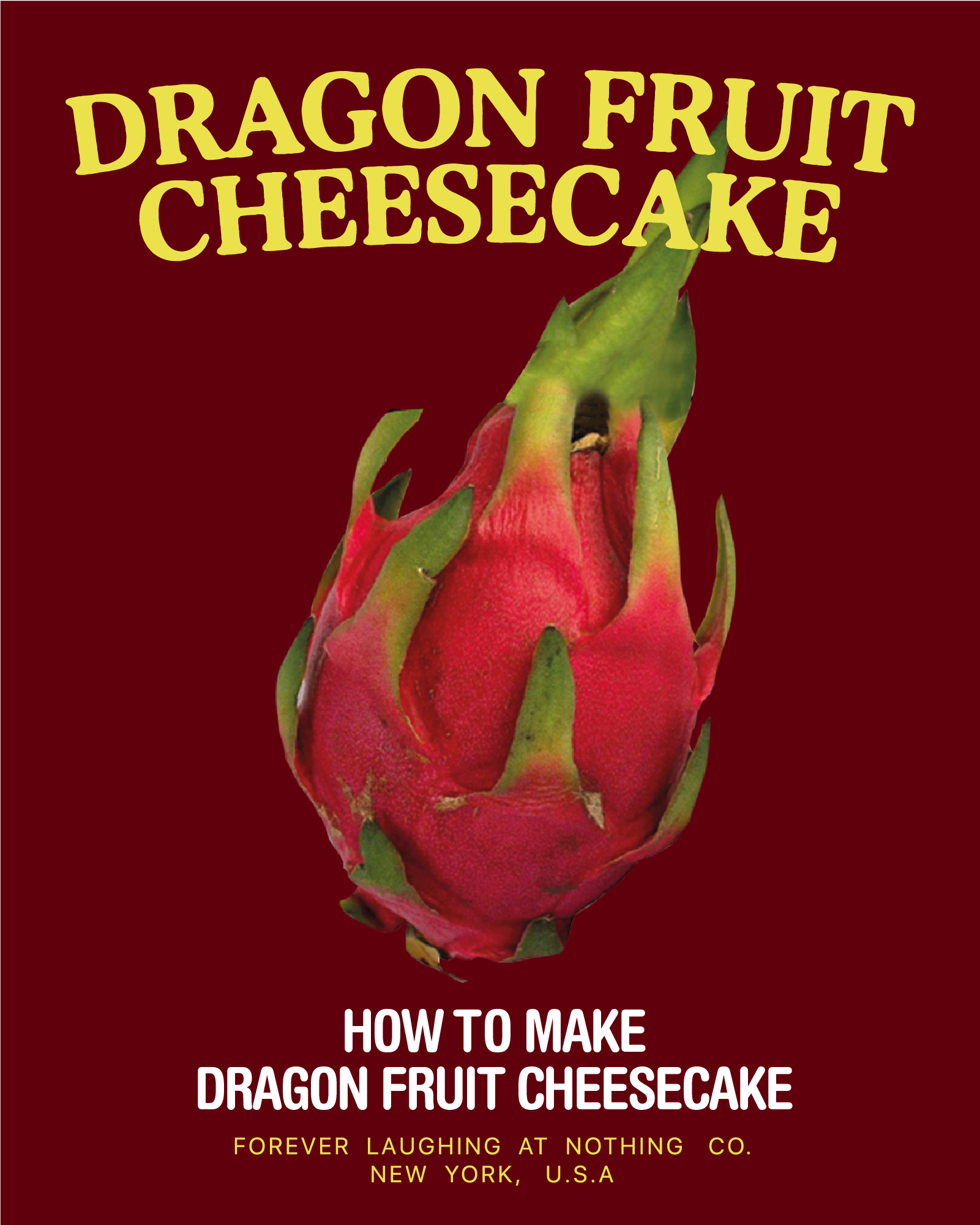 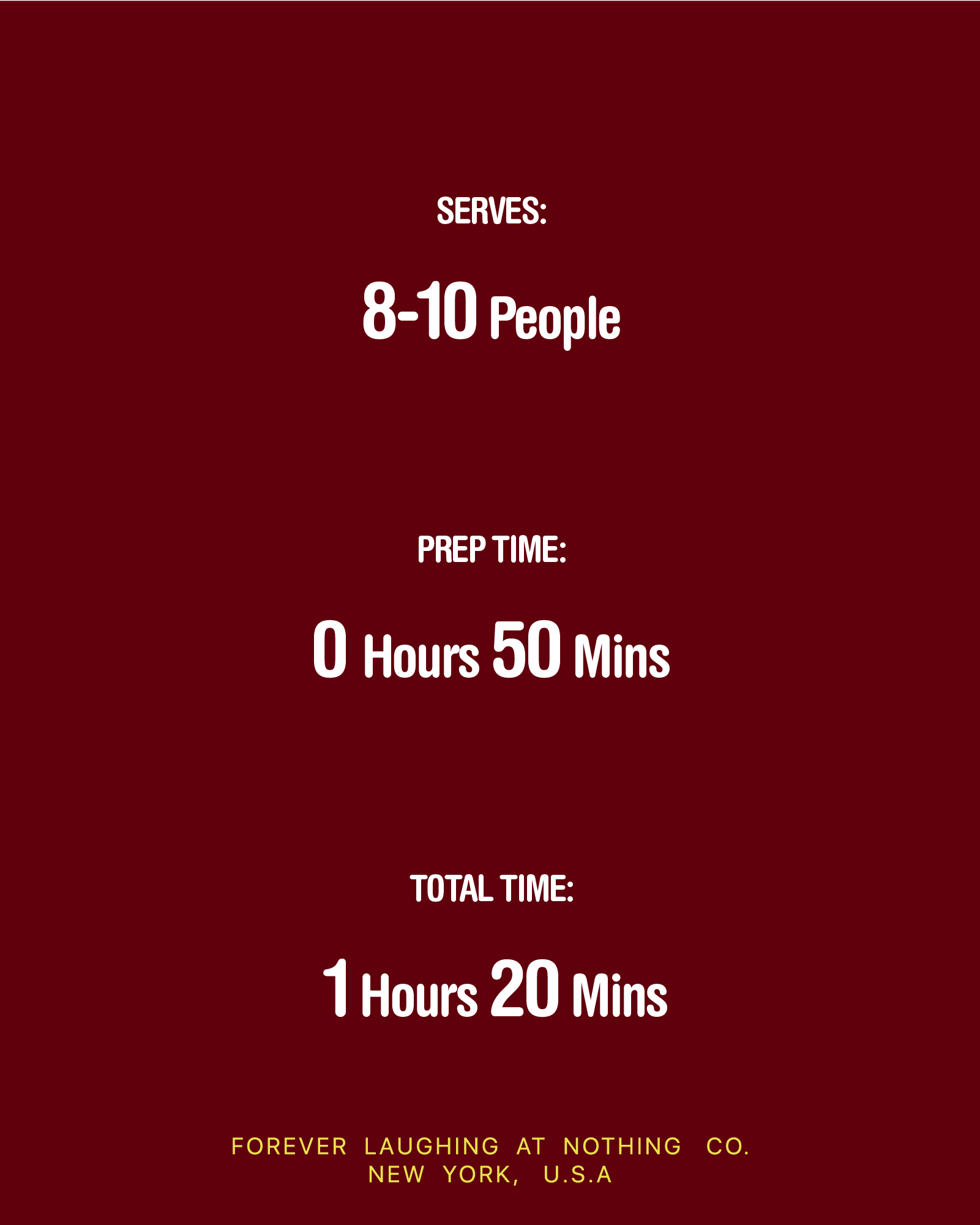 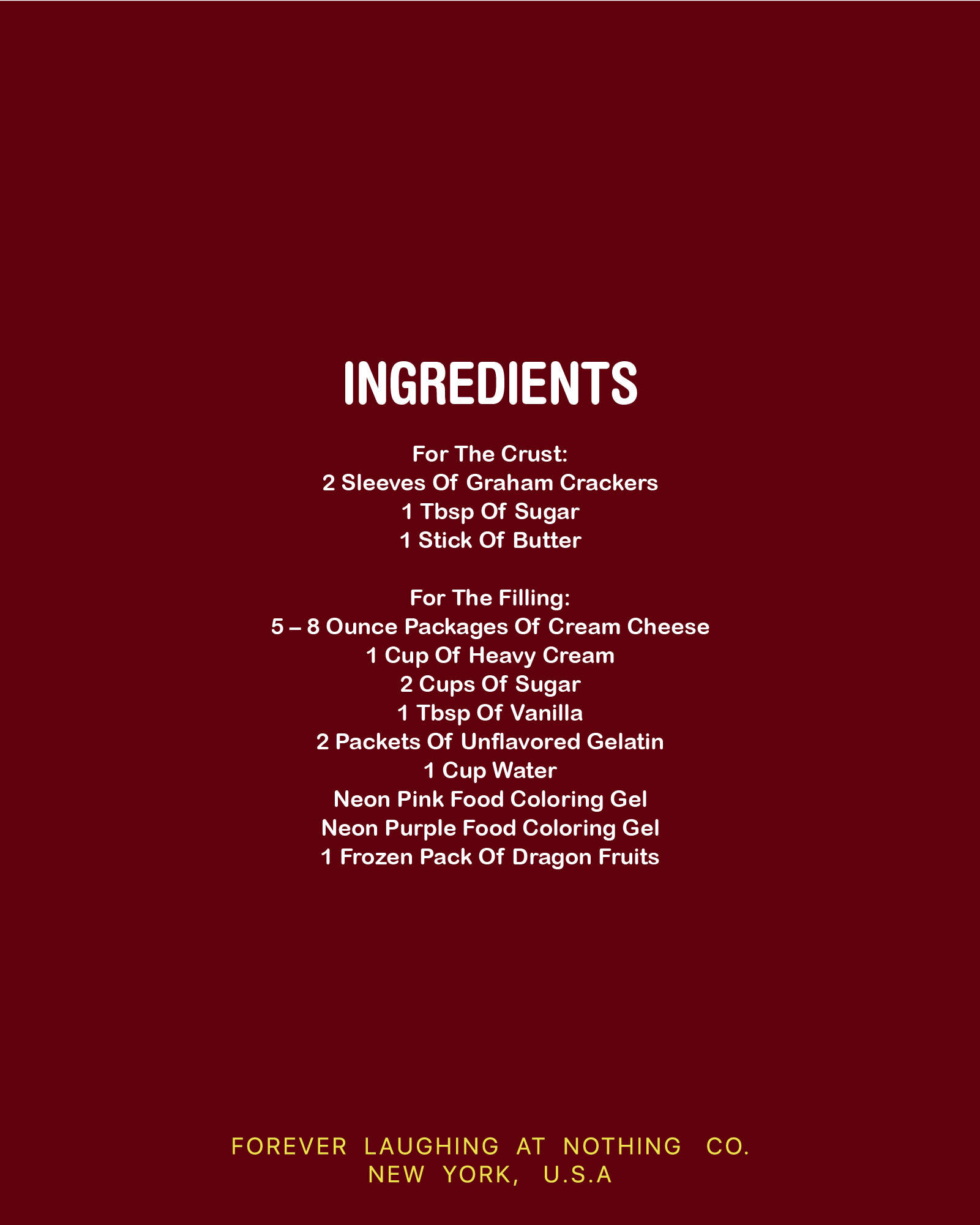 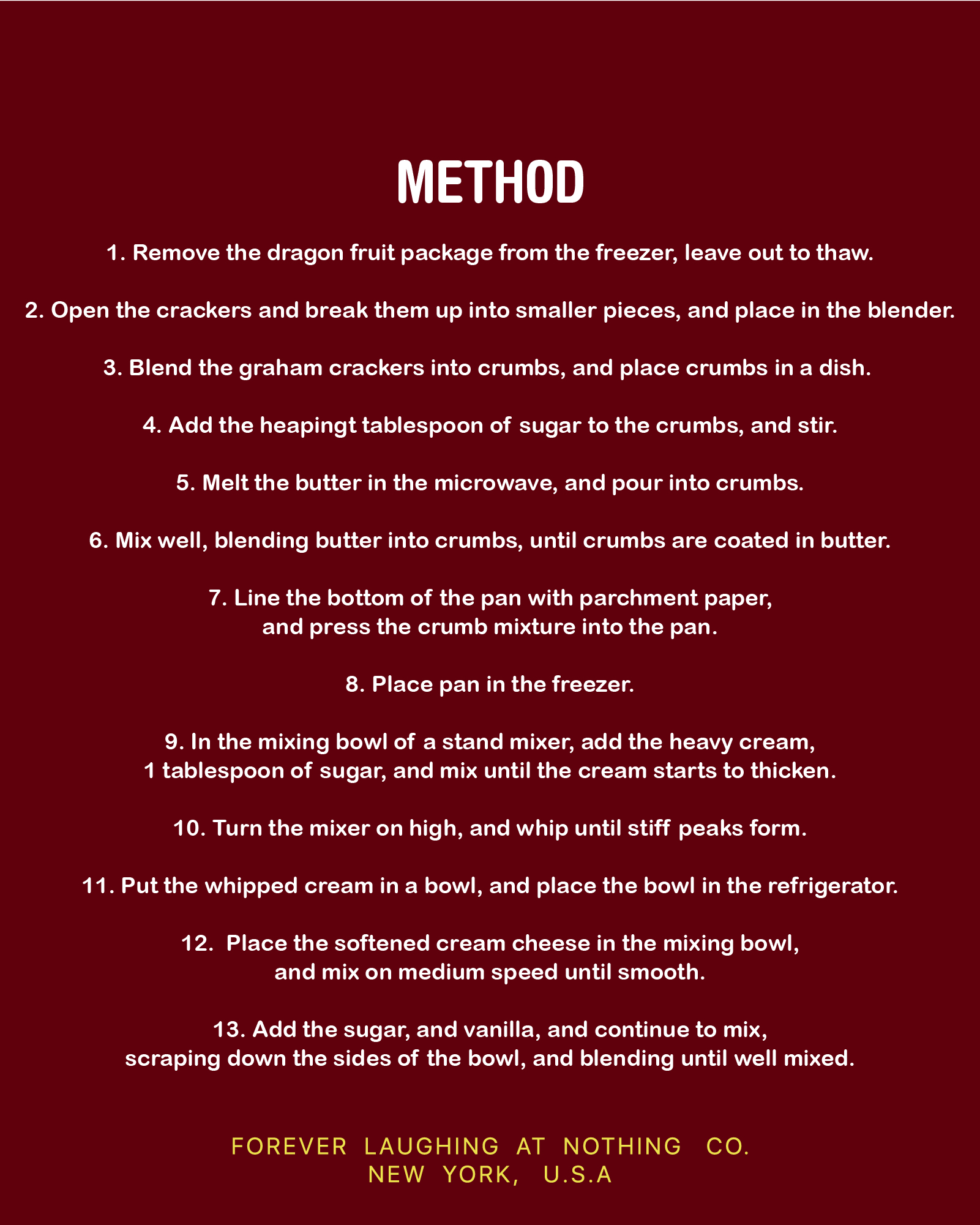 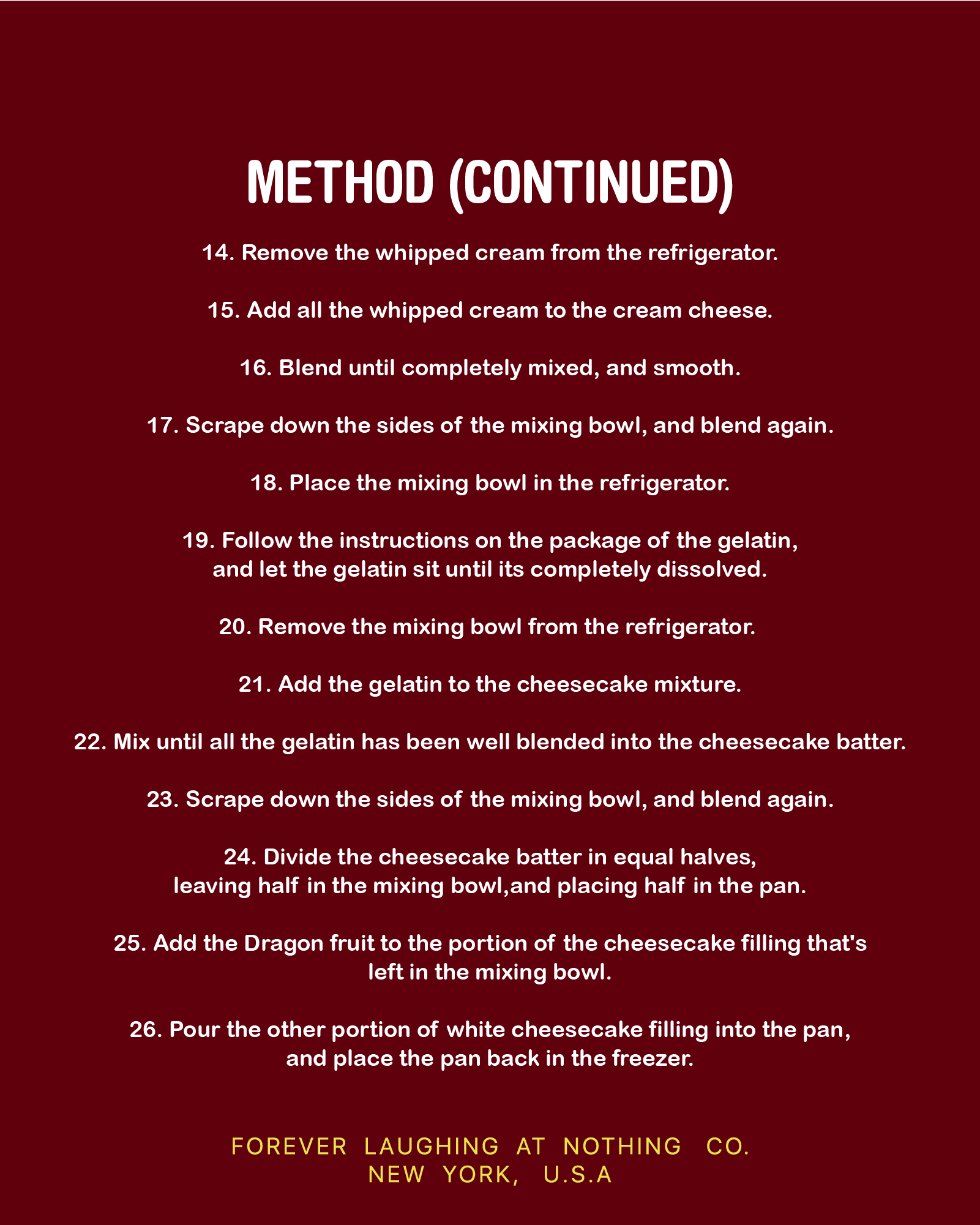 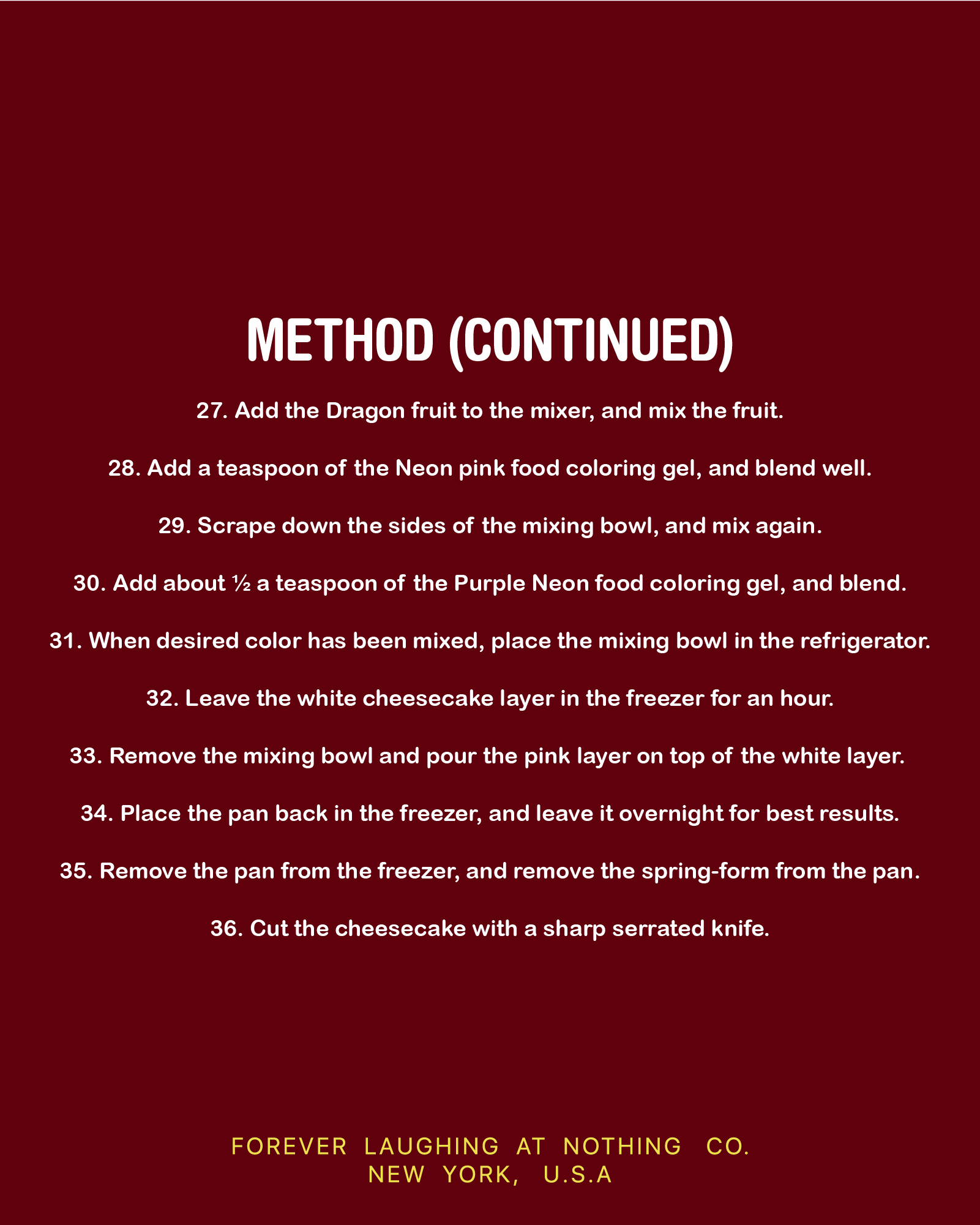 How to make — Dragon Fruit Cheesecake

For The Crust:
2 Sleeves Of Graham Crackers
1 Tbsp Of Sugar
1 Stick Of Butter

1. Remove the dragon fruit package from the freezer, leave out to thaw.
2. Open the crackers and break them up into smaller pieces, and place into the blender.
3. Blend the graham crackers into crumbs, and place crumbs in a dish.
4. Add the heaping tablespoon of sugar to the crumbs, and stir.
5. Melt the butter in the microwave, and pour into crumbs.
6. Mix well, blending butter into crumbs, until crumbs are coated in butter.
7. Line the bottom of the pan with parchment paper, and press the crumb mixture into the pan.
8. Place pan in the freezer.
9. In the mixing bowl of a stand mixer, add the heavy cream, 1 tablespoon of sugar, and mix until the cream starts to thicken.